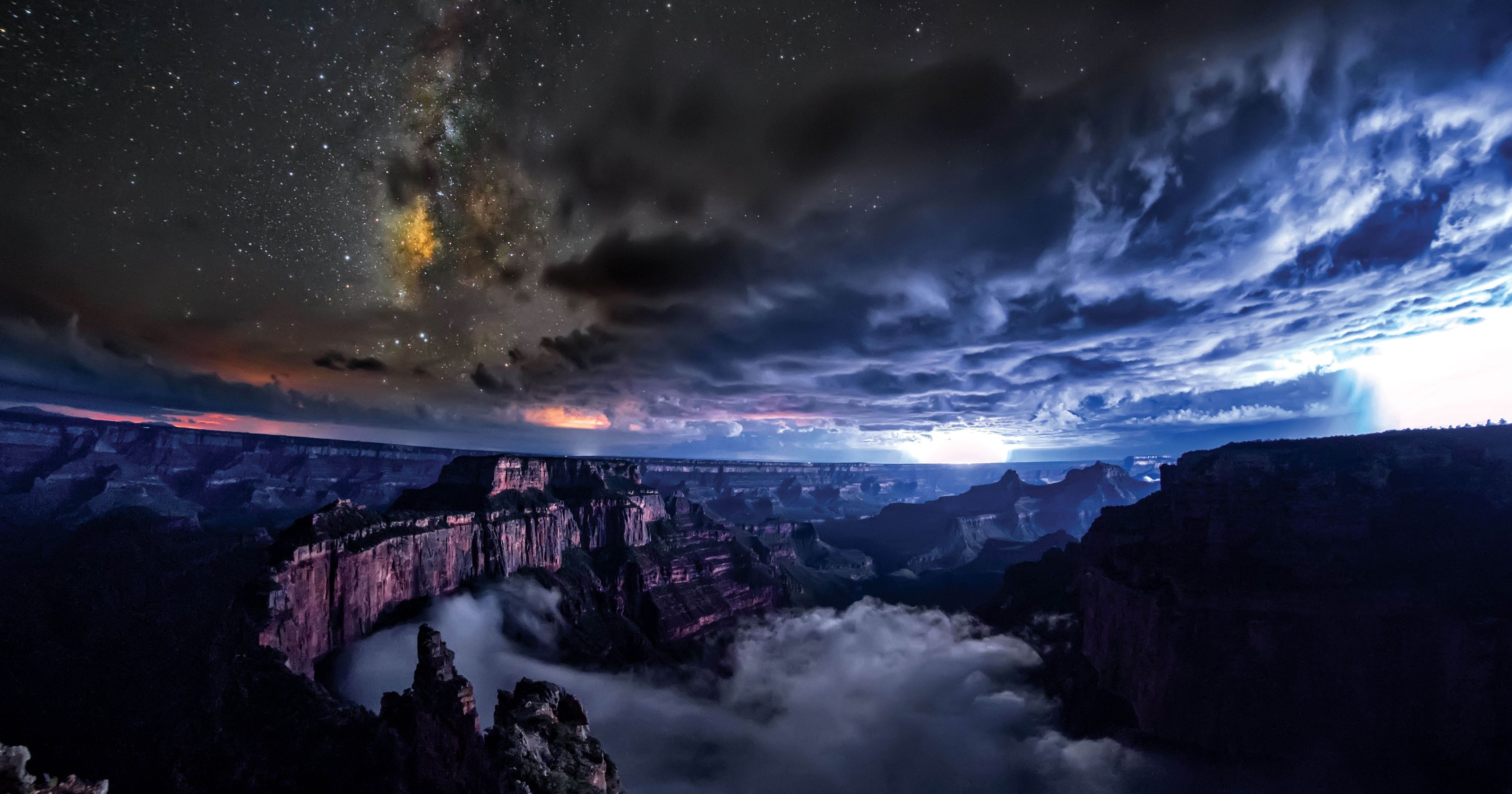 If you like watching a great cinematography that features breathtaking views, then you would surely be able to appreciate this time-lapse video of the Grand Canyon created by the SkyGlow Project that has recently gone viral. This might give you a totally different perspective of this popular destination.

What’s the science behind the photography of clouds? First, it can get really cold in the Grand Canyon when the sunlight becomes blocked. When this happens, cold air can be trapped from undeneath that of warm air, which in turn produces temperature inversion. When this is combined with enough moisture, the end result is a full cloud inversion. This phenomenon is not exclusive to this destination, but so far, the most spectacular is said to happen in here. The video will let you see the ridge-hopping clouds.

According to experts, a cloud inversion is not a common occurrence, especially a complete one like the one seen in the video. Harun Mehmedinovic who took images for the video says that they were extremely lucky to have been able to capture it. He adds that this only happens one day in about a year on the average and that there have been years when it didn’t happen at all.

The film was a collection of combined images which were taken on several trips over a period of two years. Those who want to experience the phenomenon themselves are advised to visit anywhere from mid-November to January when the chances of seeing one are high. Of course there’s the likelihood of missing it, but you will still be able to see the Canyon.

Mehmedinovic claims that his trip to the Canyon was not merely for sightseeing – he and Gavin Heffernan are part of the Skyglow Project, where they make use of time-lapse photography to show people the loss of dark skies.