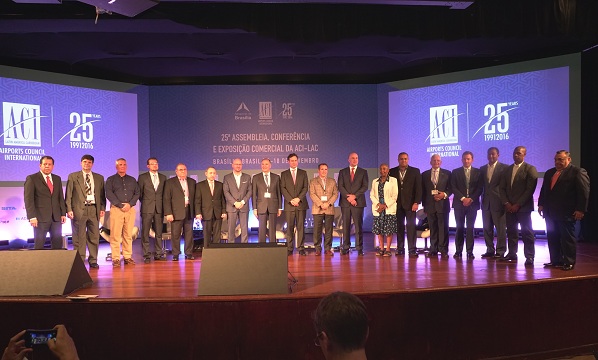 The general assembly of Airports Council International Latin America-Caribbean appointed its new officers for a term of two years.

Corporación Quiport, in the person of its president Andrew O’Brian, was elected first vice president of the organisation, which represents airports in the region.

The appointment was made in the setting of the 25th ACI-LAC Annual Assembly Conference & Exhibition held in Brasilia.

This appointment ratifies the leadership of Quito and its airport in the regional airport context, given that the organisation represents the interests of more than 260 airports in 37 countries in Latin America and the Caribbean.

After the announcement of the new board of directors, O’Brian spoke of the importance of this appointment for airport activity in Quito and Ecuador.

“For several years, Quiport has actively worked in ACI-LAC and its diverse committees.

“The fact that we have constructed and operated one of the top airports in the region allows us to be one of the leaders of the industry.

“Our participation in the organisation that represents airports also gives us the opportunity to share and benefit from the best practices of the various stakeholders of the airport industry and to use these experiences to benefit the service that we provide to our passengers and users.”