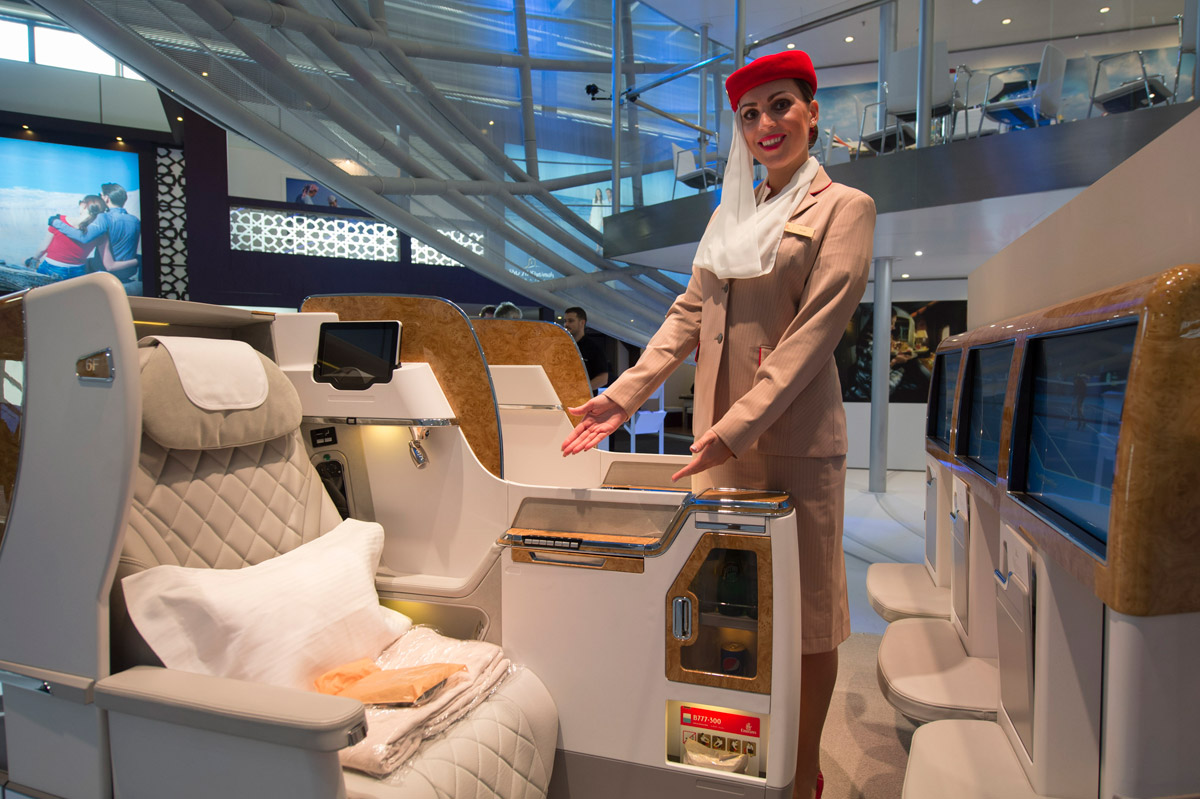 On Tuesday, Emirates gave confirmation that they are scheduled to showcase their First Class product at the Dubai Air Show which is set to happen in November.

The said product will first be featured right on board a Boeing 777-300ER. The First Class cabin will be endowed with 6 private suites laid out in a 1-1-1 layout. The current ones have 8 private suites that are in a 1-2-1 layout, present in existing 777 fleet.

Aside from the redesigned First Class product, passengers can expect to see several other new features in the Business and Economy class cabins on the airline’s new Boeing 777-300ER. For now, people will have to wait for Emirates to announce the destinations where these new planes will be deployed.

Want to travel on a budget? Book a flight with www.flighthub.com.

According to the President of Emirates Airline, Sir Tim Clark, they always see to it that they continually improve their products and services across all cabin classes, everyone can expect to have somewhat similar experience to those flying first class in other airlines. However, their customers could expect to see a much bigger revamp on their on board experience with the new 777s starting November. He adds that all of the cabins will be having a totally new look. The president also admitted that they are already very excited at what he calls is the showcase of the fruits of their years of planning and development that they have invested in the new First Class product.

Emirates is known as the largest airline operator of the plane Boeing 777. At present, they own 162 of these planes, operating in six continents. In 2003, this pioneered with the private suite concept and has since been considered the new standard to flying first class. The company has been continually innovating its products and services, raising the bar higher for the industry in terms of customer experience. They also have unparalleled entertainment in all flight classes, the reason why it became an award-winning airline.