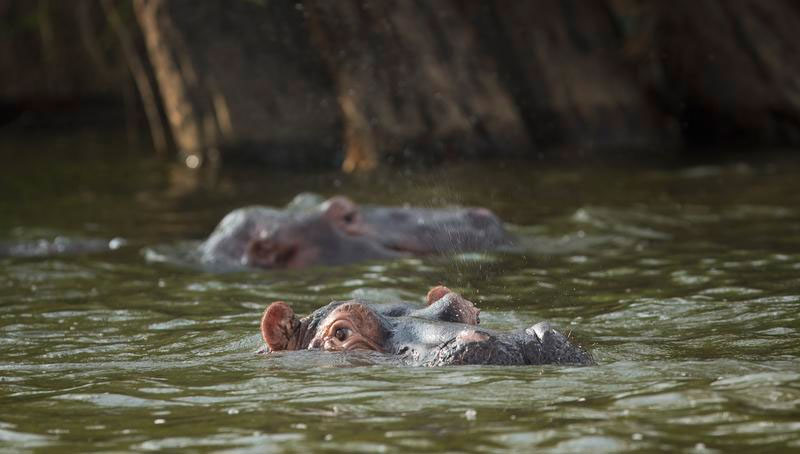 AKAGERA NATIONAL PARK, Rwanda (AP) — After Rwanda‘s 1994 genocide, returning refugees swept into the country’s biggest national park with herds of cattle and wiped out the last lions. Now the once-abandoned reserve on the border with Tanzania is drawing more tourists, reducing poaching and involving more villagers in conservation. It even re-introduced lions this year.

It is quite a turnaround for Akagera National Park, whose landscape of savannah, acacia woodlands and papyrus swamps was reduced by more than half to 433 square miles (1,122 square kilometers) following the 1990s upheaval. While still reliant on donor funding, the park owes its success to a partnership between a non-profit group with deep pockets and management experience as well as a government led by a powerful leader that has turned stability and tourism into pillars of a growing economy.

It is not an easy recipe to emulate. In many parts of Africa, conservation has suffered because of state corruption, lax law enforcement, porous national borders and conflicts that make it easier for gunmen to poach wildlife.

Today, visitors to Akagera see hippos, crocodiles and cormorants on sunset cruises on Lake Ihema, where British explorer Henry Stanley camped in the late 19th century. Also on the shore sits an abandoned house that was a weekend retreat for Rwandan President Juvenal Habyarimana, who died when his plane was shot down in 1994, igniting violence that became the genocide.

In 2010, the government of the current president, Paul Kagame, handed management of Akagera to African Parks, a group based in Johannesburg that now runs 10 wildlife areas on the continent. African Parks donors include the Walton Family Foundation, the European Union and the WWF conservation group.

The Akagera deal happened after the Dubai World holding company dropped investment plans in the park because of the global economic downturn. African Parks often takes over parks in decline and faces hard challenges elsewhere in Africa. In August, the group reported elephant poaching incidents in parks it manages in Chad, Congo and Malawi.

Founded by Belgian colonizers in the 1930s, Akagera is considered a high performer, boosted by the relocation of seven lions from South Africa.

Park revenue was $1 million in 2014, a fivefold increase over 2010 but still short of the annual budget of just over $2 million, said Sarah Hall, Akagera’s tourism and marketing manager. Visitors, mostly day-trippers, nearly doubled to about 28,000, half of them Rwandans, in the same period, Hall said.

Last year, half a dozen safari operators expressed interest in a luxury lodge concession in Akagera, but the plan was delayed partly because the deadly Ebola virus in West Africa hurt tourism elsewhere on the continent. Some operators were from Kenya, where tourism has also suffered from attacks by Islamic extremists.

Outside the park, beehives made from dried banana leaves, pasted with cow dung, hang in trees near the fence, part of an African Parks project to support Rwandan villagers who might otherwise resort to poaching animals or chopping down endangered sandalwood trees, whose oil is used in the perfume industry.

One beneficiary of park-backed community programs is Gatete Evode, a former poacher who killed zebra, impala and other animals for the meat but later joined a butchers’ cooperative that sells legal items such as beef.

Rwanda invests 5 percent of revenues from its national parks in community projects such as schools and clinics. Rwanda has three other national parks, including Volcanoes National Park, home to endangered mountain gorillas, and a shrinking forested area that was approved as a park by lawmakers in September.

There is not much wilderness left in Rwanda, which is known as the “land of a thousand hills.” Many slopes are heavily cultivated. Rwanda has more than 12 million people and is slightly smaller than the U.S. state of Massachusetts, which has nearly 7 million people.

To counter threats, African Parks doubled Akagera’s ranger force to about 60 and Rwanda funded construction of a fence along the park’s western perimeter. Poachers killed 26 animals in Akagera in 2014 — a sharp drop from previous years — and only three through the end of August this year, according to park figures. The last elephant poaching occurred in 2010.

One morning, a woman in a pink T-shirt blew a whistle while leading rangers on an early morning jog around a camp. A few baboons roamed the grounds, loitering near cooking pots. On a computer screen at park headquarters, staff monitored the movements of the new lions, which wear GPS collars.

Akagera’s next big project is the reintroduction of rhinos, possibly next year. The last recorded sighting of a rhino was in 2007.

This article was written by Christopher Torchia from The Associated Press and was legally licensed through the NewsCred publisher network.