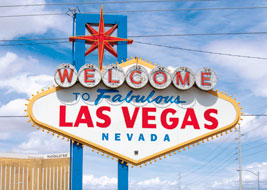 This year marks the 20th anniversary of the movie “Casino,” which provided a dramatization of an era in Las Vegas when organized crime controlled many of the city’s casinos. Beginning March 18, history buffs and film aficionados can join former mobster Frank Cullotta for a two-hour tour of the places where scenes from the movie took place.

The tour will begin at The Mob Museum, the National Museum of Organized Crime and Law Enforcement, with a private tour by former FBI Special Agent Dennis Arnoldy and Mob historian Robert George Allen. Following the visit to the Museum, guests will depart on a bus tour that will take them to notable locations from the movie, such as The Casino House, the site of the Frankie “Blue” death scene, Bertha’s robbery site and more. In addition, participants will learn the true stories behind the events that transpired in the film.

Eventually, Cullotta left his organized crime life behind, serving as a technical consultant on the set of “Casino” and appearing in several scenes as a hit man. Information about Cullotta appears in exhibits inside The Mob Museum, including in a video clip in which “Casino” writer Nicholas Pileggi describes Cullotta’s unique, firsthand knowledge of a murder scene depicted in the film.