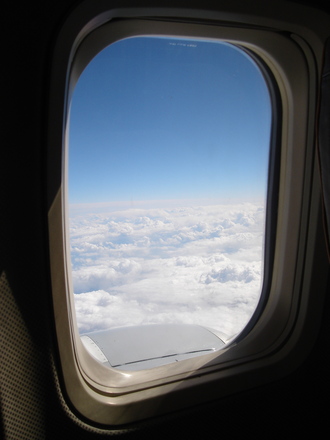 There was a “brief moment of severe turbulence” when flight MH1, with 378 people on board, flew over the Bay of Bengal, it said in a statement.

The flight landed safely in Kuala Lumpur, and a small number of affected passengers and crew were given immediate treatment, the statement said. It provided no further details and airline officials couldn't be immediately reached for comment.

A 13-year-old passenger, Harith Azman, posted photos on his Facebook page showing fallen food carts, items strewn in the aisle and a damaged hand rest on the Airbus A380 jumbo jet.

Harith told The Associated Press that his parents were both using the bathroom at the time and that his father hit his head on the ceiling, but did not require treatment.

Two minutes after the seat belt sign was turned on over the Bay of Bengal, the plane started shaking violently and then suddenly “dived down,” Harith said. It was a “very, very chaotic moment” as people started screaming and a food trolley and other items seemed to be floating in the air, he said.

After 10 seconds, he said the plane was brought back under control. He said he didn't know how many people were injured.

Malaysia Airlines is still trying to recover from two disasters in 2014 — the disappearance of Flight 370 and the loss of another plane shot down over Ukraine.

This article was written by Eileen Ng from The Associated Press and was legally licensed through the NewsCred publisher network.