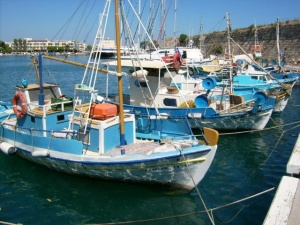 Two people have been killed on the holiday island of Kos following a strong earthquake in the Aegean Sea.

The 6.7-magnitude quake hit 12 kilometres north-east of Kos, near the Turkish coast, earlier this morning, with a depth of ten kilometres, the US Geological Survey said.

At least 100 others were also injured at the popular tourist destination, while several people were injured as they tried to flee the quake in the Turkish city of Bodrum.

The two deceased have not been named.

However, local police have revealed that one of the victims was Swedish and the other was Turkish.

Turkey and Greece sit on significant fault lines and are regularly hit by earthquakes.

A large number of aftershocks have also been recorded following the initial earthquake and further aftershocks are anticipated.

The earthquake was felt in many areas including Kos in Greece and Bodrum in Turkey.

Kos Airport closed for a period this morning, but has now re-opened and is operating with some delays.

In the UK, ABTA said it was aware of the earthquake, which occurred off the coast of Turkey and Greece in the Dodecanese region.

Holidaymakers in resort and those due to travel should contact their travel company for the latest updates.

“ABTA members are working hard to support customers and staff in resort and they have not reported any casualties or injuries affecting UK holidaymakers,” a statement from the organisation explained.

“Tour operators are working alongside the local authorities to assess the damage, and will make arrangements to move customers should structural damage be found to their accommodation.”

Holidaymakers in the areas affected are advised to follow the advice of the Foreign Office, local authorities and their travel provider.