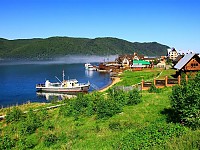 After a long and turbulent year in the travel industry, Russia is preparing for 2017 with a view of better tomorrows. 2016 was successful in some aspects, less in others. According to an analysis of tourism in terms of finances made by the Central Bank, international travel expenses decreased by 24%. On the other hand, domestic tourism spending increased by a staggering 88%. Thus, Russians spent $ 3.23 billion for the trips abroad ($ 4.26 billion in 2015), while for domestic trips the number was $ 10.47 billion (in 2015 – $ 5.57 billion).

The overall economic performance of the tourism industry was good. The School of Economics (HSE) conducted a study on 14 sectors of the Russian economy for the first three quarters of 2016. Eleven of the industries revealed negative expectations of the entrepreneurs. Tourism was one of the three sectors showing positive prospects, acting as an important factor in the stabilization of the ruble as well as the exchange rate.

Experts predict that in 2017 the tourism spending and tourism inflow into Russia may rise by 10% compared to last year. The executive director of the Association of Russian Tour Operators, Maya Lomidze, suggests that to unload the main tourist centers, inter-regional routes need to be developed. However, the demand for outbound travel is likely to decline since Russian travelers currently prefer budget destinations.

“Next year should be crucial for the use of international sports events, such as the Confederations Cup or the World Cup 2018. While no one can predict how many tourists will come to Russia for the World Cup, it is estimated that 1 million people should come. These would bring an additional $ 1 billion to the revenue,” Lomidze concluded.

As a whole, 2017 is expected to be a year of stabilization for Russia’s outbound and domestic tourism industry. The demand of tourists is extremely sensitive to foreign exchange indicators. At the background of high oil prices and the strengthening of the ruble against the major currencies, Russian tourists show a strong demand for off-site destinations.