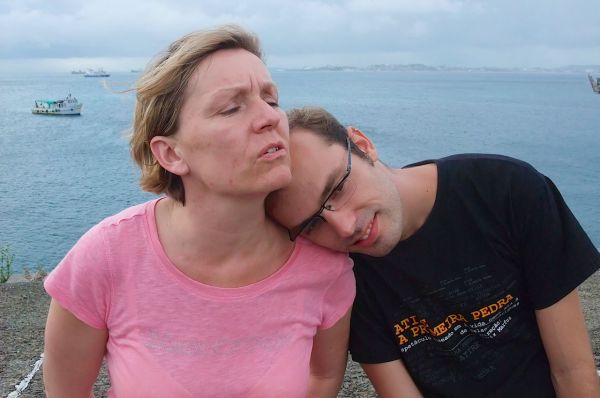 1. Your birthdays are still Bundt.

All German children know that cakes are meant to be hollow. Remember the scene in My Big Fat Greek Wedding when the stuffy in-laws bring a Bundt cake to the party? Alongside the even-healthier birthday-apple slices taken to school to share with classmates, the German birthday breakfast, with its dense grain, mere hint of sweet, and hollow middle is notoriously everything a child doesn’t want as a dessert. Watch out — that powdered-sugar dusting on top threatens to spoil German youth with its extravagance.

2. You deal with issues by not dealing with them.

Need a healthy way to deal with conflict? Look elsewhere. A distinct tendency toward passive aggression is perhaps the best gift a German mother can give. Why participate in confrontation when you can skillfully dodge the issue and maintain interpersonal discomfort instead?

German society rules and dinner-table manners are no secret…not to mothers and certainly not to their children. Although you try to let yourself go — put your feet on your Ikea coffee table, add salt to your food at the risk of insulting Oma, and speak with your mouth full on occasion — the innate horror at schmatz-ing or burping brings back the automatic “Na!” of German-mother disapproval. The memory of it is enough to instantly correct your posture even as you try to escape your proper upbringing.

4. You’re healthy and you know it.

Somehow, eating müsli and kefir for breakfast never got old. Against all odds, your mother’s incessant reminders to eat more salad couldn’t cause you to rebel and turn away from healthy foods: even now, you dutifully eat your cold cuts for dinner. Hell, the German word for ‘dinner’ is just the words ‘evening’ and ‘bread’ put together. Thanks to your unrelenting Mutti, eating healthy (other than that daily after-dinner glass of red wine) has never been an effort.

5. You pack raincoats for the beach.

Beach vacations as a child were a lot of things: mostly cold, grey, and wet. But what German child knows any better? Until your school trip whisked you off to the French coast for an actually sunny beach experience, you thought all beaches were as drab as the Nordsee. If only your Mutti had packed as many Kinder Überraschungseier as she packed sunscreen and trail mix, you could have made a decent trip of it — at least once you had waited the safety-required hour after you eat before swimming again.

As in, always early. Thanks, Mutti.

Socks can never be over-darned. In fact, you probably have at least one pair that are hand-knitted and carefully inquired-about at regular intervals by the mother who made both them and you. If, at times, she seems more concerned about the status of those socks than about your relationship, housing, or employment status, it’s because she is. Sure, you can see the irrationality of this excessive thriftiness, but, be honest, this World War II-era frugality didn’t stop with your grandmother or your mother: no one will ever catch you mopping up a spilled hops with paper towels or bagging your groceries in plastic bags.

8. You have a secret obsession with drinking tea.

You drink tea whenever you can. Half-empty mugs grace countertops and bedside tables, and strained tea bags fill your compost. Your schwarztee mornings, green-tea afternoons, and chamomile evenings remind you more of your mother than you could have ever predicted. Any other time you can drink tea — after crocheting another row, for example, or taking out the recycling — earns you points for outdoing her.

9. Your afternoons are best spent napping.

Remember when, as a toddler, you took naps in the afternoon, and it kept you from being too crabby? Probably not. But if you were raised by a German mother, then you certainly remember being a pre-teen and still getting sent to your room for your afternoon nap and feeling crabby precisely because of it. Now, as a 9-to-5 adult whose inadvertent yawns disrupt post-lunch meetings at the office, you’d trade even a rare German loaf for an afternoon mittagsschlaf.

10. You make all your friends wear Pantoffeln.

Regardless of the nonsensical customs of your current country of residence, you just can’t shake the way your Mutti raised you. Every time your friends come over, you have to say it again (rather, think it and then make subtle hints with glances and circumventing comments): outside footwear stays outside. Preferably in the landing of your narrow, creaking apartment building stairway. And indoor footwear, be it those furry moccasins you brought back years ago from your family vacations in Zakopane, or the Birkenstock sandals you now have to special order, stays indoor.