O'Brien's Tower was built in 1835 by Cornelius O'Brien a descendant of Brian Boru, Kings of Thomond, as an observation point for the hundreds of tourists who even then, visited the Cliffs. The tower stands proudly on a headland of the majestic Cliffs of Moher.

Cornelius was a man ahead of his time, believing that the development of tourism would benefit the local economy and bring people out of poverty. He also built a wall of Moher flagstones along the Cliffs and it was said in the locality that he built everything around here except the Cliffs. He died in 1857 and his remains lie in the O'Brien vault in the graveyard adjoining St. Brigid's Well.

O'Brien's Tower and the Cliffs of Moher are located a short distance from the village Doolin famous for its traditional music and from Liscannor famous for its slate flagstones which were used at the time for fencing purposes. In fact the story goes that Cornelius O'Brien, one time member of the parliament for County Clare won a bet with his English counterparts that he could build a fence a mile long, a yard high and an inch thick. These were the dimensions of the flagstones and they were quickly adapted as building material as well as floor covering in farmhouses throughout the 19th century. The flagstones bear the remarkable feature of the imprint of fossilized eels compacted over thousands of years. 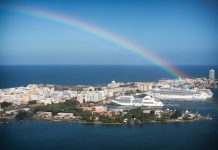 Hong Kong is not Just About Business 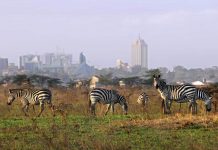 5 Reasons Why You Should Visit Nairobi