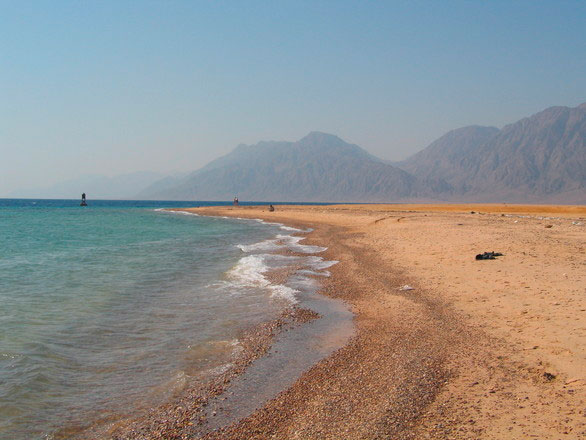 As Egypt’s tourism chiefs gather in London today to promote the country at the annual World Travel Market, a shadow looms over the region’s future.

Tour operators have so far declined to respond to suggestions that the crash of a Russian passenger plane in the Sinai peninsula over the weekend will have an adverse effect on tourism to the resort, with Thomas Cook simply stating that Britons there were “enjoying their holiday as normal”, but it is likely to have an impact. History shows that since 2010, when former president Hosni Mubarak was overthrown, causing civil unrest, Egypt has experienced a slump in visitors.

The concern now is that its biggest safe haven, which has been kept free from attacks since 2005, could be exposed as insecure.

The country's tourism sector, which is worth around £5.15bn each year to the country, has been hit by years of political upheaval since the 2011 revolution, and numerous terrorist attacks.

In September, 12 people, including two Mexican tourists, were killed by security forces in a “friendly fire” incident. In June, a suicide bomber and two other suspected Islamic terrorists attacked the famous temple of Karnak at Luxor, the first to target the attraction since 1997.

The rise and fall of Egyptian tourism

Mr Zaazou said in September that he expected around 10 million visitors to be parking into the country in 2015, a million less than once anticipated, but nevertheless a steady rise from 2014, and one showing an industry on the mend after the revolution. The country has previously stated its aim to attract 20 million tourists a year by 2020. Last week's crash threatens to derail this recovery.

More than 1,000 dead 1,106 people were killed in terrorist attacks in 1993, with more police than terrorists killed 1997 Luxor massacre Islamic terrorists kill 58 tourists, three police officers and a tour guide at Deir el-Bahri, across the River Nile from Luxor, an archaeological site popular with visitors. Six Britons were among the dead. 2004 Sinai bombing Tourist hotels were targeted in the October attack, which consisted of three bombs. The explosions left 34 dead and 171 injured. The Egyptian government blamed Palestinians. 2005 Cairo attacks Three were left dead after three related incidents in the capital, said to be in response to the government's clampdown after the Sinai bombings 2005 Sharm el-Sheikh attacks A series of bomb attacks targeting the popular tourist city of Sharm el-Sheikh killed 88 people and wounding 150, making it the most deadly terrorist attack in Egyptian history. 11 Britons were killed. 2006 Dahab bombings Islamic terrorists carried out three suicide bomb attacks in the city of Dahab, killing 23 people. The dead were mostly Egyptians, but included a German, Lebanese, Russian, Swiss and a Hungarian. 2009 Khan el-Khalili bombing A French teenager was killed when a bomb exploded in Khan el-Khalili in eastern Cairo. Two further incidents in the capital in February were said to be related – the stabbing of an American teacher and a firebomb thrown at a Metro train. 2011 Alexandria bombing A New Year's Day car bomb in the northern city of Alexandria killed 21 people. 2014 Tourist bus bombed Four people including three believed to be South Korean Christian pilgrims were killed by a bomb in February that tore through a bus near Egypt's border with Israel in the Sinai peninsula. 2015 Luxur attack A suicide bomber and two other suspected Islamic terrorists attacked an ancient Egyptian temple popular with tourists near Luxor. The attack outside the Temple of Karnak was the first to target the site since 1997.