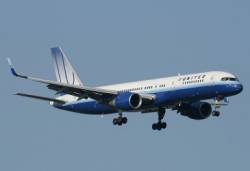 United Airlines has launched its nonstop service between Newcastle and its New York hub, Newark Liberty International Airport, will return in summer 2016.  The flights will operate six times weekly during the period May 26, 2016 to September 6, 2016.

“As the first airline to offer a scheduled nonstop service to the U.S.A. from North East England, we are excited to return to Newcastle next year,” said Bob Schumacher, United’s Managing Director Sales – U.K. and Ireland.  “Our flights offer business and leisure travellers not only convenient access to New York but connections to hundreds of other great destinations across the Americas”.

Flight UA75 will depart Newcastle daily except Wednesday at 9:10 a.m., arriving at New York/Newark at 12:00 p.m. the same day.  The return flight, UA74, will depart New York/Newark daily except Tuesday at 7:20 p.m., arriving in Newcastle at 7:30 a.m. the following day (all times local).  Flight times will be seven hours 50 minutes westbound and seven hours 10 minutes eastbound.

The flights will be operated by Boeing 757-200 aircraft with a total of 169 seats – 16 flat-bed seats in United BusinessFirst and 153 in United Economy, including 45 Economy Plus seats with added legroom and increased personal space.

The Newcastle flights have been conveniently timed to connect at New York/Newark with an extensive network of services to destinations throughout the Americas.  From New York/Newark, United operates flights to more than 300 destinations in North, Central and South America and the Caribbean, including more than 100 served nonstop.

United operates the largest hub in the New York City metropolitan area at Newark Liberty International Airport.  Located just 16 miles from downtown Manhattan, the airport offers the fastest surface transfer journeys to many parts of the city, including the AirTrain service to New York Penn Station in midtown Manhattan, with a journey time of less than 30 minutes.

David Laws, Chief Executive, Newcastle Airport, said: “The United Airlines service to New York was a route we were determined to deliver for the North East.  We have been very pleased with the way in which the operation has performed in this, its first year and with the response of the individuals and businesses who have taken advantage of the service.  In the past few weeks, many people have been asking us whether the service will return in 2016, so I am delighted to be able to confirm today that it will be back.  We have worked very hard, with our shareholders and other regional partners, to ensure the route has been a success and to secure this further operation.  As well as connecting the region to New York, United’s Newark hub provides access to a huge range of key cities, including Chicago, Boston, Las Vegas, Los Angeles, San Francisco and Orlando in the United States, and Toronto, Montreal and Vancouver in Canada.  I once again call upon everyone in the North East to support this route.  With a higher frequency and more seats on sale, it will be more important than ever that using this direct service is the first choice for leisure passengers and businesses alike.”

Councillor Iain Malcolm, Leader of South Tyneside Council, and lead of the LA7 Shareholders, said: “On behalf of the Local Authority Shareholders and the North East region, I am delighted that all the hard work has paid off, and we have secured the United Airlines service to New York for a second year.  I said last year that the new route would be very significant in terms of enhancing regional connectivity, growing the economy, attracting inward investment and encouraging inbound tourism.  The 2015 operation has been a very solid start in these respects, and I am confident that the return of the route at an increased frequency will further strengthen our region.  We will be continuing to work with a number of partner organisations, including the inbound tourism bodies to promote the region in the States and with the business community to encourage firms to use the service to access North American markets.”