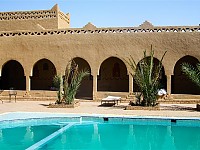 The Kingdom of Morocco announced the biggest tourism revenue on the African continent. Abderrafie Zouitene, Director General of the Moroccan National Tourist Board, said in an interview: “Before, Morocco received on average 800 to 1,000 tourists per month, and today our resorts welcome more than 6,000 visitors per month.”

According to the American channel CNN, Marrakech is one of the top tourist destinations in the world. The city was even named 7th destination to visit this year by the famous British channel National Geographic as well as 3rd world destination worth visiting according to Trip Advisor. No doubt, Marrakech is popular, and not only for stars!

It should be noted that Morocco is already making more use of the tourism industry with 52 hotel projects already launched, another record on the continent.