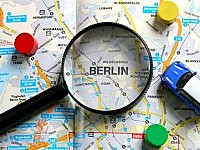 Last year was very successful for tourism in Germany. The 2016 figures are expected to increase for the seventh time in a row. Domestic and foreign tourism reported 450 million overnight stays, making it another successful year.

Tourism in Germany has been growing for years as the country remains a popular destination. The North and Baltic Seas, lake districts, Berlin, the Black Forest – wherever visitors like to spend their holidays, Germany has it all. The country is a target for both domestic tourists as well as foreign guests. Tourism has been booming here for seven years and every year there are new record numbers. This has obviously continued in 2016 as well.

As in other European countries, tourism in Germany was concerned that terrorist attacks could have a negative impact on the visitor numbers. In the summer of 2016 there were attacks in Würzburg and Ansbach as well as at the beginning of December an attack on the Berlin Breitscheidplatz, where twelve people were killed and many others seriously injured. Judging from the figures, however, these events had little effect on the travel plans of local and foreign guests.

Bavaria’s tourism sector has set another record in the past year. If the positive development of the first eleven months of 2016 continued in December, a new peak would be reached with more than 90 million overnight stays, according to the National Statistical Office.

Between January and November in 2016 the number of overnight stays in the free state rose by more than 3% to just under 85.2 million. The number of guest arrivals rose by 3.6% to 33.1 million.