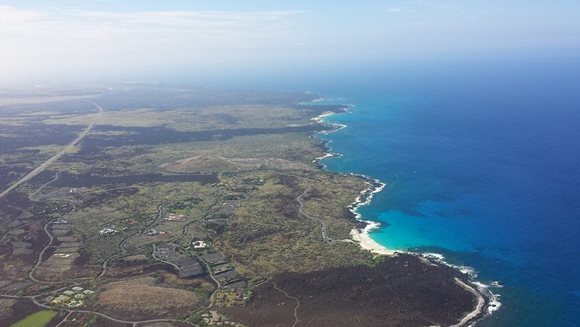 Remember when you were lucky enough to hear of a new hotel popping up in the Aloha State once every year or so?

Well, it appears as though times are changing, as Hawaii has recently announced two new hotel openings in the last two weeks, not including the 2014 announcement that a new Four Seasons Hotels and Resorts property will be gracing Oahu in 2016.

Here's a breakdown of the new hotels that should be on the radar of every Hawaii specialist.

Hotel Online reported last week that Hawaii's Coco Palms Resort, which has been closed since the early '90s, will soon reopen on Kauai following a whopping $135 million makeover.

According to the report, the Kauai Planning Commission unanimously approved permits to renovate the shuttered Coco Palms Resort. With the approval, the group can move forward with a full design of the project.

The resort shut down in 1992 due to extensive damage caused by Hurricane Iniki. Under the approval, the investment group is required to meet a long list of conditions that address issues such as traffic mitigation, historical preservation and parking, according to the report.

Coco Palms Hui plans to renovate or rebuild 350 rooms, a drop from the resort's original 398 rooms, according to the Hotel Online report. Also proposed are retail shops, several restaurants, a museum and a new spa and gym.

Westin Nanea Ocean Villas to Open on Maui in 2017

Scheduled to open in 2017, the new resort is located on Kaanapali Beach on Maui and will have 390 villas and a variety of amenities, including an expansive lagoon-style pool and a beach bar. The new resort will also pursue the U.S. Green Building Council’s Leadership in Energy and Environmental Design (LEED) certification for high-performance buildings.

Located on a 26-acre property, which includes a 10-acre public park, The Westin Nanea Ocean Villas has been designed by WCIT Architecture, a local architectural firm. The property will be constructed by Hawaiian Dredging Construction Company, Inc. Resort amenities will include a 10,000-square-foot, lagoon-style swimming pool with an upper pool, children’s beach pool and play area, two plunge pools, three oceanfront cabanas and a WestinWORKOUT studio.

The JW Marriott, which was the first hotel to be built as part of the Ko Olina development, was originally supposed to close on January 10. Now it will soon undergo a year-long renovation before the name change to Four Seasons Resort Oahu becomes official.

The project will be an integrated beach resort and private residence that will be a part of the master-planned Ko Olina development on Oahu. Ko Olina is located on the sunny west side of Oahu. Originally conceived in the mid-1980s, the resort has been reaffirmed many times over the years, most recently by the notable success of Aulani, a Disney Resort & Spa, which debuted in 2011.