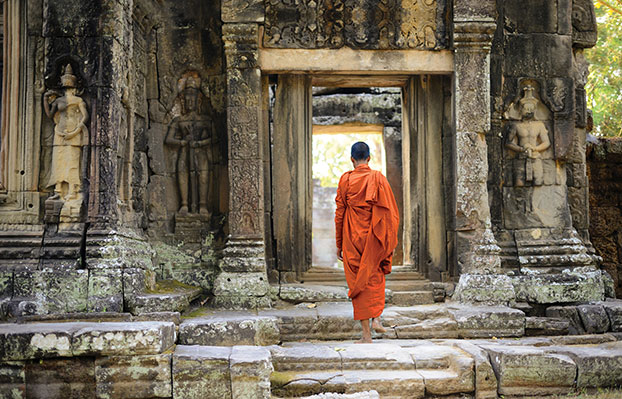 Silversea Cruises has released key details on the 20 optional land programs the line will offer during its World Cruise 2016.

Departing in January, and sailing from Fort Lauderdale to Venice, Silversea’s 115-day World Cruise 2016 will be hosted aboard the all-suite Silver Whisper.

Highlights of the overland adventure program include:

Mashpi is a nature sanctuary perched at 3,116 feet (900 meters) above sea level on the western slope of the Andes Mountains, in one of the world’s most celebrated bioregions. Guests might spot monkeys and pumas, which make their home in the reserve. There are also over 500 species of birds.

Green Island Resort is located on an ancient coral cay in the heart of the Great Barrier Reef. Its rainforest is home to over 120 species of native plants, colorful bird and marine life, and coral gardens. Guests may snorkel, take a stroll in the rainforest, gaze under the sea by glass-bottom boat, or simply relax.

Between the 9th and 13th centuries, Angkor was the capital of the Khmer empire, a colossal city renowned for its superb architecture and sculptures, vast lakes and temples. Hidden in the jungles of Cambodia until the late 19th century, it’s one of the world’s greatest wonders, and a UNESCO World Heritage Site.

Situated on the Irrawaddy River is Myanmar‘s former capital, the city of Mandalay. Now the country’s second largest city, Mandalay is a rich cultural center famous for its monasteries, pagodas, temples, and the remains of its royal palace. The panoramic view from Mandalay Hill at sunset is an unforgettable experience.

Nestled in a valley surrounded by hills and dense jungle, Kandy is the cultural heartland of Sri Lanka. Guests journey by private air taxi into the center of the Kandy plateau to explore one of the world’s most important Buddhist sites, the Dalada Maligawa, or Temple of the Tooth, where the Buddha‘s sacred tooth relic is enshrined.

In Search of Tigers

Ranthambore National Park in Rajasthan, India, is a wildlife sanctuary renowned for its royal Bengal tigers. Morning and afternoon game drives offer guests the chance to witness these remarkable animals in their natural habitat, along with jackals, leopards, gazelles, and numerous species of birds.

Starting at $999 per person, the optional overland programs include deluxe accommodations (if overnight stays are required), all transportation, transfers, guided sightseeing and some meals.