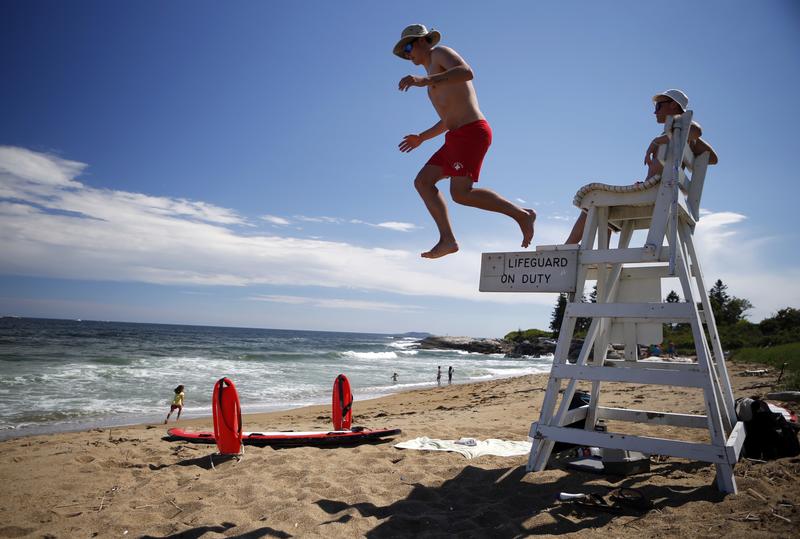 GEORGETOWN, Maine (AP) — Cities, states and private beach owners around the country are scrambling to fill lifeguard positions as summer kicks off, especially in states where lifeguarding is a seasonal enterprise.

There are likely between 30,000 and 50,000 lifeguards at beaches in the U.S., and more are needed, said Tom Gill, a spokesman for the United States Lifesaving Association.

The need is most acute in states where beaches, ponds and lakes are only open in the summer. Officials in states such as Maine, where thousands of people flock to the beach in the summer, said they face a shortage as July 4 nears.

“More eyes mean more safety,” he said. “You're totally responsible for everything that happens.”

Maine parks officials put out a call in April for lifeguards to staff several of its state beaches and still haven't filled all the positions, said Gary Best, a spokesman for Maine State Parks. He said the department is currently rotating some of its lifeguards between multiple beaches to keep them covered.

Lifeguard shortages have been reported in other states from Pennsylvania to Colorado.

Filling seasonal lifeguard positions can be difficult because the job requires prior training and earned certification, Best said. Turnover is also heavy.

“Like many positions that are that length of time, people move on,” Best said. “It's understandable why every year we have openings.”

Another issue is that many seasonal lifeguards aren't well compensated. The average pay for a lifeguard in the U.S. is about $9 an hour; Maine pays $10.64 to lifeguards and $11.12 to lifeguard supervisors.

“It's been our finding that if lifeguards are paid properly, trained well and in good working conditions, you have no problem finding lifeguards,” he said.

This article was written by Patrick Whittle from The Associated Press and was legally licensed through the NewsCred publisher network.