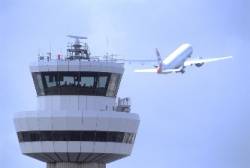 London Gatwick is set for its busiest ever August Bank Holiday weekend as 580,000 passengers plan to travel through the airport.

The figure is an increase of 17.2 per cent on Bank Holiday passenger numbers since the airport became independent from BAA in 2009.

Berlin sees the biggest rate of growth of any destination, rising by 54 per cent on 2014 joined by Madrid, up 26 per cent and Istanbul up 22 per cent.

Norwegian Air combined with easyJet accounts for growth to Berlin, providing competition on this key business and city break route.

Long-haul leisure destinations continue to prove popular with Orlando passenger numbers up 15 per cent, with Las Vegas up eight per cent and Cancun up five per cent on last August Bank Holiday.

As well as increased capacity with British Airways and Virgin Atlantic – passengers are able to take advantage of the Orlando route on the Norwegian Air Dreamliner, an option that was not available last year.

The top ten destinations Gatwick passengers will be flying to this August Bank Holiday include Barcelona, Palma de Mallorca, Malaga and Faro.

“In the short space of time since becoming independent, we have become an airport of choice offering more destinations than any other UK airport.

“Our long-haul destinations are growing fastest of the routes we serve and, with routes to Costa Rica and Peru – which will be the UK’s only direct flights to Lima – and new services to Canada starting next year, Gatwick continues to show that it is well placed to meet the needs of travellers.”