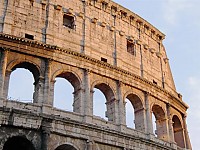 According to Dario Franceschini, the Italian tourism minister, the data of 2016 have created a new record for Italian museums. The number of visitors reached 44.5 million in state cultural institutions which brought a revenue of 172 million euros to the state budget. This in an increase of 4% and 12% compared to 2015, corresponding to 1.2 million more visitors and 18.5 million euros in gains.

The revenue will return completely to the museums under a system that rewards the best management and simultaneously provides support to the small companies. This is the third consecutive year of growth for Italian museums, according to the Minister. In 2013, 38 million tickets were sold, since then there has been continuous increases and this year the number is 44.5 million. This represents a 6 million increase in three years and an increase of 15% over the period.

Southern Italy has played an important role in the growth. Campania stands 2nd in the ranking of regions with the number of visitors exceeding 8 million, an increase of 14.2 % compared to 2015.

Archaeological heritage has a lion’s share on the increase. In the Colosseum, Roman Forum, Palatine, the Archaeological Museum of Naples and the archaeological park of Paestum and Pompeii 11 million ticket sales had been registered in the past year.

However, museums also have an important role, since about half of the cultural inflow is concentrated in the autonomous museums.

“Italy wears the pink jersey in Europe. All the positive data put Italy in sharp contrast to other European countries where 2016 was a year of decline of visitors in museums, as demonstrated by the data that are being published now,” Franceschini added.

Over 8 million people have participated in the initiative of free Sunday entries (first Sunday of the month) since it was established in 2014. In 2016, 3 million entries were registered on the first Sundays of every month, compared to 3.5 million the year before.

This has become a custom for families and tourists. The data show that since the first edition in July 2014 the attendance has substantially doubled and now stood at 250/300 thousand visitors for every edition with significant peaks, such as the first Sunday of April 2016 with 376 thousand visitors. These are large figures and even more significant if we consider the visitors of civic museums joining the initiative.

The gradual expansion of digital presence of state museums is also playing an important role. For example, the fact that autonomous institutions are creating official accounts on various social networks as well as the fact that the Ministry of Tourism is intensifying online communication campaigns.

After a year of monitoring the online reputation of Italian museums, the overall satisfaction of museum visitors is 86.6%, according to data provided by Travel Appeal. This is an increase of about 4% compared to 2015. The number of reviews and posts on social media that visitors publish online grew by 45.5% compared to the year before.

Italian museums’ digital activity has also grown in 2016. The number of content published on social networks directly by the museums grew by 156.5% last year. Facebook is the network with the highest level of engagement, although Twitter and Instagram are not far behind.

Overall, 2016 was a year of digital improvement for museums thanks to restyling of some websites and more conscious use of social media.

Finally, in 2016 autonomous museums established by the MiBACT reform have fully entered the system. This reform has relaunched their managements from new directions. The number of visitors coming to these museums totaled over 24 million, which is more than half of the total admissions of the state cultural institutions.