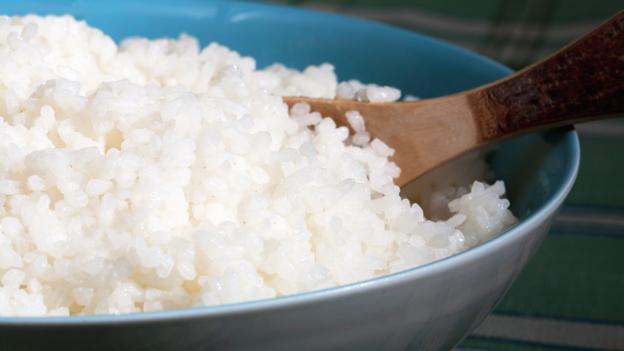 Rice is an overlooked culinary component, often viewed as a necessary, but not particularly flavourful, staple to a meal. It’s a supporting cast member to the star on the plate, the designated driver of all things delicious.

But then there’s Carolina Gold rice – a product so sought after in the 18th and most of the 19th Centuries, both in North America and in Europe, that it made Charleston, South Carolina, one of the richest cities in the United States for a time. All those pristine church steeples pointing heavenward and those well-preserved Italianate, Queen Anne, Greek Revival, Georgian and Federal structures flanking the town’s enchanting streets? Those were all paid for with highly profitable Charleston Gold rice – so named for the unique rice fields, which turn a gleaming gold when ready to harvest. The “gold” in Carolina Gold, however, could also be more symbolic for the actual gold the rice brought to Charleston.

“What I love about Carolina Gold,” said Charleston Grill chef Michelle Weaver, “is that it’s the most diverse rice I’ve ever worked with. It can work as sticky rice, in porridge, in risotto, whatever you need.”

It was my first meal in the 350-year-old southern town, and I’d asked Weaver to serve me anything rice related.

The procession of plates on my tasting menu included a few dishes where the rice not only fulfilled its role of playing a starchy sidekick to an edible protagonist, but also threatened to steal the show. The Carolina Gold sticky rice that accompanied the barbecued mackerel, for example, was soft and had a crunch like al dente pasta. Despite a subtle nuttiness, the rice is not particularly aromatic, which means it inherits the flavours it’s sharing the plate with.

Some have called Carolina Gold the world’s greatest rice. But the crop nearly disappeared in the late 19th and early 20th Centuries. First, the Civil War wiped out many of the ancient rice fields. Then two massive hurricanes swept through South Carolina in 1910 and 1911, destroying the 30% of the rice industry that had managed to recover. Finally, the Great Depression in 1929 was the knockout punch, putting an end to commercial harvests.

“Then, in the 1950s, [the brand] Uncle Ben’s comes in,” said chef Sean Brock of Husk, one of Charleston’s most acclaimed eateries. “That’s when rice went into [a] mass produced, total mechanized phase of production.”

As a result, Carolina Gold disappeared for most of the 20th Century. Until, that is, Dr Richard Schultz, an eye doctor from Savannah, found Carolina Gold seeds sitting unloved and unused in a USDA seed bank in the mid-1980s. He mainly wanted to find a rice to use as bait in his duck-hunting hobby, but eventually produced enough to begin selling it to the public. By 1998, Anson Mills, which specializes in heirloom southern grains and vegetables, began planting it.

Essentially, the rice industry in South Carolina – and the rest of the US – mirrors what happened to the US beer industry. Large-scale corporations had wiped out small businesses by the mid-20th Century, only for artisanal methods and small-batch production to re-emerge in the late 1990s, gaining a popular awareness as the 21st Century has gone on. In this case, Uncle Ben’s is to, say, Anheuser-Busch as Carolina Gold rice is to any small craft brewery.

Chef Brock made for me a dish inspired by a crab rice he used to eat at Hannibal’s Kitchen, a local barbecue/soul food spot. It had the taste of fried rice but the grains were pillow soft in texture and complemented the fresh shrimp and plump mussels, becoming almost like a rice-and-seafood porridge.

“Incredible!” I said, looking up at Brock.

“That’s Carolina Gold. It’s the reason we have all this,” he said, sweeping his hand toward the window, where the street was lined with beautifully restored 19th-century buildings. “We have the best cuisine in the world here. It’s why I get out of bed in the morning. It’s why I have my restaurants.”

The next day I met up with Jimmy Hagood, a fourth-generation rice farmer and founder of Food for the Southern Soul, a distributor of locally made food. Hagood actually grows a newer sibling to Carolina Gold called Charleston Gold. A shorter-grain rice, it’s more aromatic and nuttier to the taste. “Often when you see Carolina Gold on a menu here, it’s really Charleston Gold,” he said.

The one “flaw” of both Carolina and Charleston Gold is that it’s delicate, and breaks easily in the husking process. For this reason, in the 19th Century, about 70% of the whole grain production was shipped out beyond the Carolinas. Much of what stayed in state were broken rice pieces called middlins, which produced a softer texture. Many of the great Lowcountry dishes today use middlins, including the sticky rice I ate at Charleston Grill and the crab rice I had at Husk. They especially become a nice substitute to grits.

At FIG, another great Charleston restaurant, chef Jason Stanhope said he prefers cooking with Carolina Gold middlins: “They’re like little white pearls.” On the night I ate at FIG, I had an incredible rice bowl filled with unctuous pork belly, sweet onions and a slightly sweet orange sauce. Along with the vibrant nutty rice, it all conspired to create a symphony of flavours I was thinking about long into the next day. It even inspired me to buy a few bags of Carolina Gold at an outdoor market to take home with me to New York City.

Rice doesn’t take a backseat to other ingredients here. In Charleston it’s a homegrown rock star. A star I couldn’t wait to introduce to my friends back home.