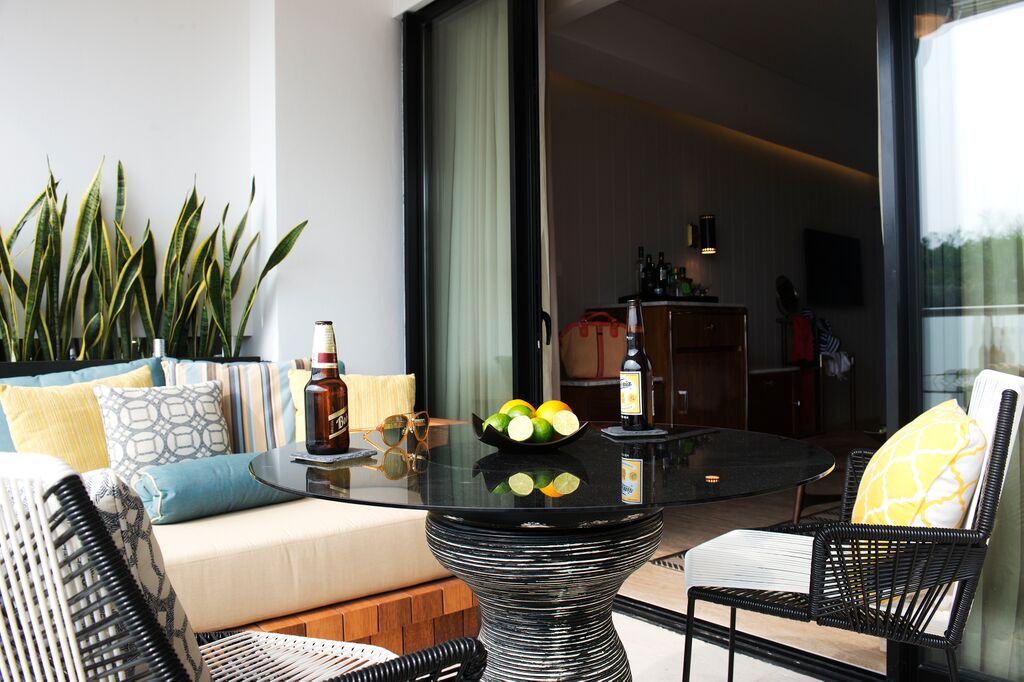 In Mexico, the traditional may be timeless. But the innovative and edgy garners the headlines. That’s especially true when it comes to hotel cuisine, architecture and design.

Thompson Hotels is a good example. The luxury lifestyle brand is a part of San Francisco-based Commune Hotels & Resorts, which manages and operates Joie de Vivre Hotels, among others.

The Thompson Hotels brand comes to the Riviera Maya in November, with the debut of Thompson Playa del Carmen.

Chef Pedro Abascal will oversee dining operations at the hotel. Those operations include the much-anticipated first Mexican branch of CATCH. The Asian fusion-seafood restaurant opened in a landmark building in Manhattan’s Meatpacking District four years ago. Its executive chef is a “Top Chef” winner.

The Thompson’s Abascal is also known for appearances on “Top Chef”-style programs in Latin America. His prior experience includes stints with several top Mexican resorts. He has also worked with three-star Michelin Chef Pascal Barbot at L´Astrance in Paris.

“He started his career in Mexico, and worked in some prestigious kitchens around the world that have truly inspired and shaped him to become a culinary innovator. His dedication to Mexican flavors and sourcing the highest quality, local ingredients is showcased in his cooking, and he is poised to continue the legacy of creative, dynamic chefs at the popular New York City-based dining experience, CATCH,” Smaldoni adds.

The Thompson Hotels Brand has already made a culinary splash on the Pacific coast of Mexico.

The Cape, a Thompson Hotel opened this summer in Los Cabos, bringing another high-profile chef to the hotel culinary scene.

“We have Manta restaurant at The Cape. It’s by Enrique Olvera, our best chef in Mexico. His restaurant in Mexico City, Pujol, is on the world’s best lists. We are very happy about that,” said Reachi.

The Cape has also attracted much notice for its architecture and design.

“The hotel is luxurious and contemporary. What makes it so stunning is that it incorporates the views of our iconic landscape. You can dine while looking out at the amazing stone arch. It is incredible what they have achieved with the design,” said Reachi.

Owned by two Mexican entrepreneurs, Grupo Habita’s 14 hotels include Hotel Americano in New York. The company is part of the Berlin-based Design Hotels.