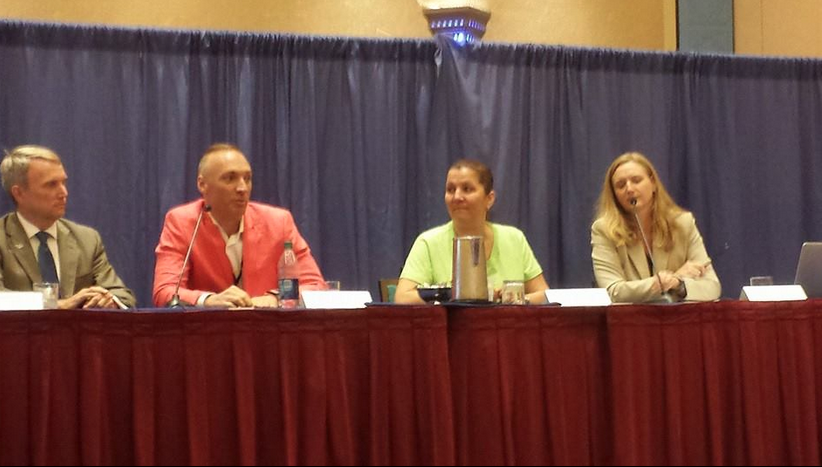 ORLANDO, Florida – The first day of the inaugural Travel Industry Exchange was dominated by discussions on Millennials and Baby Boomers, while the remaining two days saw heavy buzz surrounding the growing LGBT market.

In fact, Wednesday's panel on LGBT travel trends and patterns drew the highest attendance of any of the show's educational sessions, aside from the General Session. Travel Agent sat in on the discussion, which was moderated by LoAnn Halden, communications director for the International Gay & Lesbian Travel Association (IGLTA).

“The biggest evolution is that we are recognized as a viable market now,” says Halden, who noted that the LGBT market is estimated to be worth about $200 billion a year.

McMichael says Las Vegas started to market to the LGBT community around 2007-2008. McMichael says LGBT clients 50 years old and above usually gravitate to more traditional, more subtle gay-friendly destinations, such as Palms Springs and Key West, while the Millennial LGBT client doesn't necessary have to vacation in spots entirely occupied by gay and lesbian clients. This generation feels comfortable going anywhere, he says.

“The 25- to 30-year-old LGBT clients that are coming to Las Vegas now have been out since they were 12, they were members of the LGBT club in high school,” joked McMichael, making the point that the younger generation tends to feel more accepted among all travelers and locals. In fact, McMichael says he is seeing an increasing trend of both gay and straight couples traveling with each other. Same-sex family travel is also picking up steam, says McMichael.

“Gay people have been coming to Vegas for many years,” says McMichael, “but it took us an economic downturn to realize the opportunity with that consumer.”

Garcia says that same blending of gay and straight clients can be found on cruises today, as opposed to years ago when an LGBT client had to go on an all-gay cruise.

“Not every LGBT client wants that,” says Garcia. “It doesn't have to be everything gay, just like people wouldn't want to travel on an all-white cruise or an all-Hispanic cruise.”

“Adventure travel has also become very important within our community,” says Halden. “The other thing you need to know about this market is that LGBT people always want to get there first. It's also no surprise that destination weddings and honeymoons are the biggest trends in the LGBT market right now.”

McMichael says the biggest buzzword a straight agent selling LGBT travel should use is “LGBT Ally.”

“This is a strong buzzword you can use that shows you are engaged in this community,” he says. “You might not be gay, but you are an ally of the community. Use that buzzword.”

McMichael also told attendees to keep an eye on the “T” in LGBT, which is the transgender market.

“Ever hear of Caitlyn Jenner?” asked McMichael. “The ‘T' in the LGBT community is something you are going to see growing really fast now that they have a leader.”

During the opening General Session of the inaugural Travel Industry Exchange on Tuesday, John McMahon, executive vice president of Questex Media Group, announced that next year's event will take place in San Diego from December 13-15.