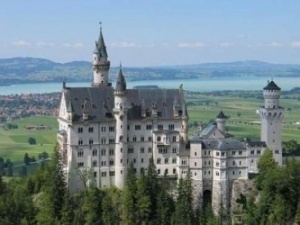 Incoming tourism in Germany grew strongly in the first half of 2017.

To the end of June, the Federal Statistical Office registered 36.7 million international overnight stays (in accommodation companies with at least ten beds), 1.2 million more than in the same period of the previous year – an increase of three per cent.

Global tourism is forecast to continue to develop positively in 2017.

At the beginning of the year, the world tourism organization UNWTO predicted a growth potential of three to four per cent for international arrivals worldwide and two to three per cent for Europe.

Petra Hedorfer, chief executive of the German National Tourist Board, explained: “With a three per cent growth in the first half of the year and over one million additional overnight stays, travel destination Germany is showing a very good half-year balance amongst the international competition.

“From this, it would appear that Germany as a destination is more popular than ever.”

According to the latest analysis by Forward Keys, international flight bookings to Germany for the third quarter, up to the beginning of August, are 5.6 per cent higher than in the previous year.