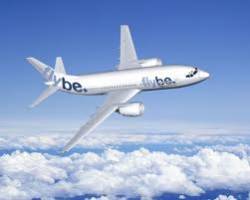 Beginning initially as a Saturday flight, frequency will increase to 4 x weekly from the 31st of August, with fares available from £44.99 each way.

This new route is the first of the airline’s expanded 11-route network which takes off later this summer when its new base opens at Cardiff Airport with two of Flybe’s 118-seat Embraer 195 jet aircraft on June 2nd, 2015.

The base will mean an increase in capacity and frequency on existing flights as well as eight brand new Flybe routes including those to Glasgow, Faro, Milan and Paris Charles de Gaulle. One way fares are from £24.99 including taxes and charges and available for booking at www.flybe.com.

Debra Barber, Managing Director at Cardiff Airport, said: “Düsseldorf is a key business and leisure destination which also acts as an important gateway to other beautiful parts of Germany, so we’re delighted that Flybe has recognised this as an important travel link for people in Wales. In addition, the route brings with it some great potential for inbound tourism into Wales from Germany.”

Paul Simmons, Chief Commercial Officer at Flybe, adds: “We’re delighted to mark the start of our brand new expanded presence at Cardiff with this inaugural route to Düsseldorf today. We look forward to welcoming business and leisure passengers on board our other new routes, too, when they begin in June.”