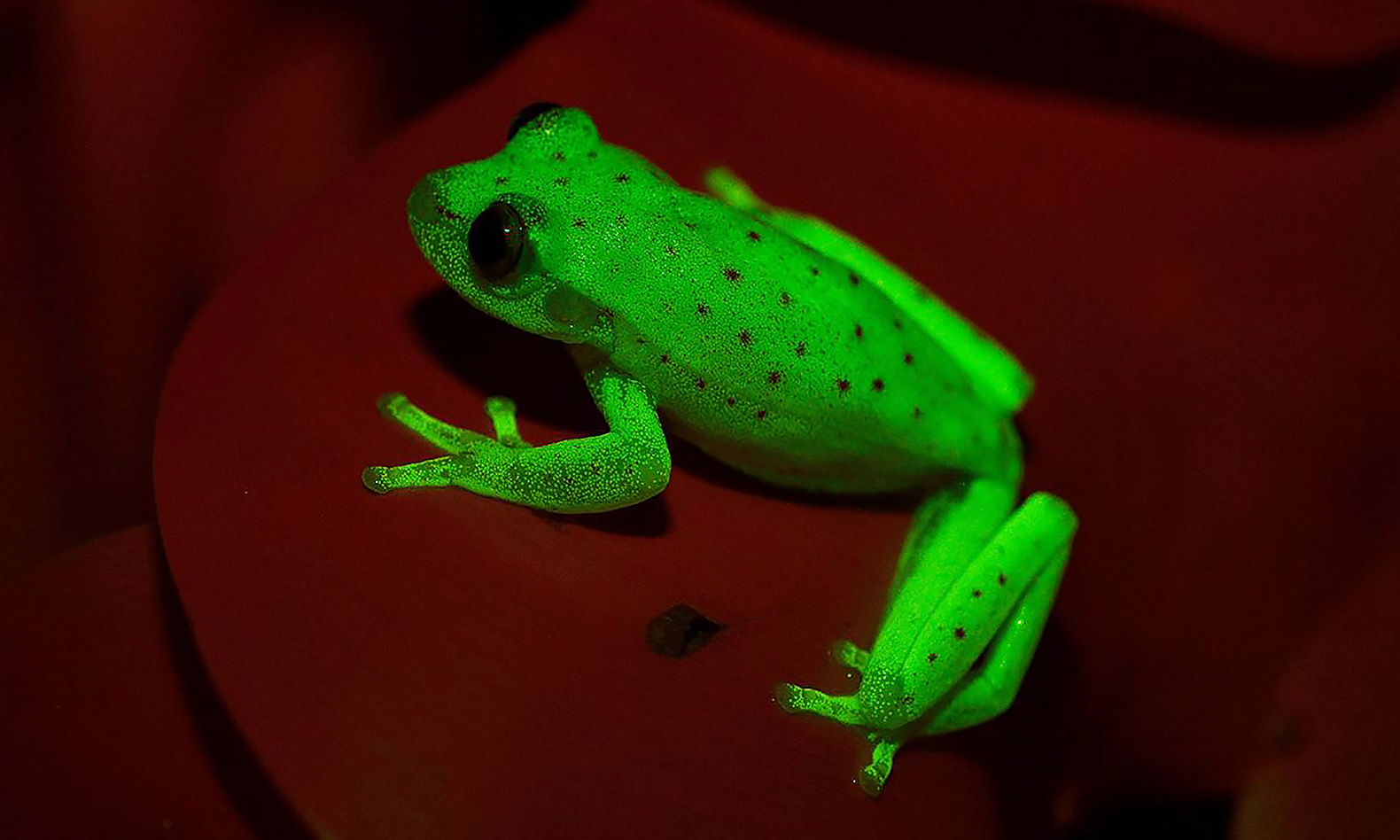 For some, frogs may be icky with their “ribbit, ribbit” and scaly skin — but scientists would certainly think otherwise. Well, at least not when these belong to an interesting type of species. A group of Brazilian, Argentine, and German researchers just reported what seemed to be the first case of a fluorescent frog.

They called it the ‘South American polka dot tree frog’ with the scientific name of Hypsiboas punctatus.  Unlike the frog in the Princess and the Frog, it did not talk. Nonetheless, it was still pretty interesting as it gave off a bright blue and green glow when it was put under ultraviolet illumination. You may not be able to see this on vacation while in renting in South America, but you never really know.

What makes this frog unique? It’s fluorescent! It can absorb short wavelengths of light where it then converts this into lower wavelengths, sending them back. The researchers mentioned that this is not commonly seen in terrestrial animals. They also say that up until now, they have never heard of a fluorescent amphibian until they discovered the South American polka dot tree frog.

So far, fluorescence was only seen exhibited on land by parrots and some types of scorpions. Until now, scientists are still trying to figure out how these animals are able to do it and the reason behind it. Some hypothesize that this is a way that these animals communicate with their own kind. For others, they think that this could be a camouflage technique while others think that it’s a mating trick that attracts the ladies.

The researchers say that their findings open exciting possibilities for frog visual physiology and ecology. It is indeed exciting to see a frog that glows. Will renting in South America let you see one? There’s only one way to find out — go there and see it for yourself.