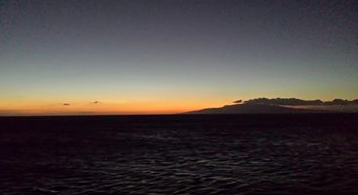 MAUI, Hawaii — Travel Agent is on site for the fifith annual Hawaii Travel Exchange at the Grand Wailea, A Waldorf Astoria Resort, where agents and suppliers alike are raving about the show's ability to effectively showcase the Hawaiian Islands while also helping to forge longstanding business relationships.

“Just meeting with the suppliers, seeing the hotels and seeing the destination is very inspiring and really encourages you to sell Hawaii,” says Lena Brown of Largay Travel in Waterbury, CT.

“The biggest way this show has evolved since its inception is in regards to the quality of agents who attend,” says Marilyn McHugh, vice president of global events for Questex Hospitality + Travel, which is one of the hosts of the event.

HTE is presented by Travel Agent and Luxury Travel Advisor magazines, along with the Hawaii Visitors & Convention Bureau (HVCB).

“We really haven't had a year where the quality of agents suffered and they also just get better and better every year,” says McHugh. “And that's really a testament to the island chapters and our partners at the HVCB.”

“The quality of agents here has been very impressive,” says John Fierro, owner of Platinum Tours Maui in Wailuku, Honolulu. “Being a young company, it's especially important to branch out and get the brand name out there. And this the perfect place to do that.”

So how were these agents chosen?

The one requirement that is not a must, however, is having to be a longtime Hawaii specialist, says Tauchman.

“The biggest misconception about the application process is that you have to a big, heavy-hitting Hawaii specialist,” says Tauchman, “but we are looking to help the island's business grow and to do that you really need some new business coming in.”

Tauchman did note, however, that although a lot of agents who never sold Hawaii are often targeted, the organizers look for agents who are currently selling destinations that are at least similar to Hawaii.

“We always want to make sure we have a good amount of first-time agents,” says Monica Stiglic, manager of travel industry partnerships and sales for the HVCB, “but it is important they at least sell something comparable, sell other tropical destinations.”

Most of the agents who attended this year's HTE are from either the East Coast or the Midwest of the mainland United States.

“Not only is the quality of these agents great, but I also think HTE has a nice cross section geographically,” says Robyn Basso, senior director of travel industry partnerships for the HVCB.

There were three different hotels that hosted agents during their stay in Maui: Grand Wailea, A Waldorf Astoria Resort, Andaz Maui at Wailea and the Wailea Beach Marriott Resort & Spa.

“The show was just a great balance of hotel inspections and meetings with suppliers and experiencing the island,” says Andrey Zakharenko of Always Travel in San Francisco, CA. “It was really great to see all of the amazing properties.”

These agents are basically mentors for new advisors looking to learn from someone who has experience selling the islands. The Alumni Ambassadors also accompany advisors taking part in a three-day, post-familiarization trip hosted by the HVCB's individual island chapters, showcasing their respective destinations.

“For me personally, I think the best part about this show is that it puts me in touch with the vendors and hotels that I sell,” says Patti Lehman of The Travel Agent Inc. in Carmel, IN.

Lehman was one of this year's Alumni Ambassadors along with Sandy Keel of Avoya Travel in Jacksonville, FL; Todd DuBose of Springdale Travel in Mobile, AL and Neal Miller of Neal Miller Travel Company in Atlanta, GA. Miller, in fact, has been to every single HTE and has served as an Alumni Ambassador for the last two years.

“Perhaps the biggest question I get as an ambassador is, ‘how can you sell Hawaii from the East Coast?' And I tell them to treat it like Europe in the sense that you are not going all that way for just the beaches,” Miller says. “You are going to some very exotic islands that have so much culture.”