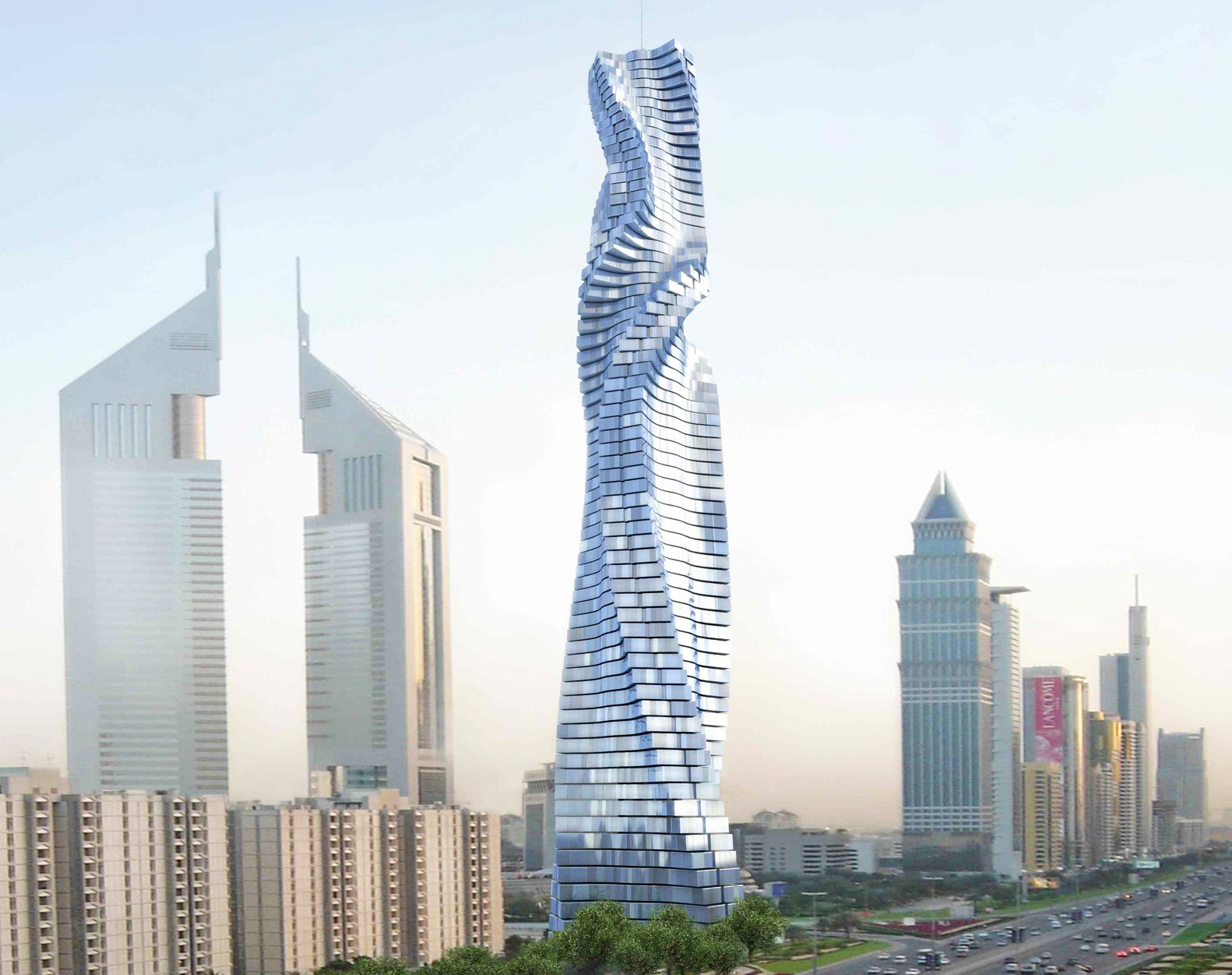 Dubai is once again proving to the rest of the world that it is deserving of its title as ‘The City of Gold.’ It got its title following its astounding growth. Soon, it will yet again set another record. In here will rise the ‘Dynamic Tower’, the first rotating skyscraper in the world. Reports say that this will be completed by 2020.

The 42-meter skyscraper will consist of 80-storey rotating Dubai condos. How much to acquire a unit? Well, one thing’s for sure — it’s made with the affluent in mind, with each unit priced at $30 million.

This Dynamic Tower is an idea that stemmed up from the creative mind of Architect David Fisher. This was first proposed back in 2008, where the architect says that it’s the very first project that was designed in four dimensions. He adds that it would be the very first building that continually changes its shape. Fisher says that the building itself is best described as something that was designed by life and shaped by time.

What’s there to expect from the Dynamic Tower? The skyscraper apartments will be rotating in 360 degrees, and will be turning as individual units. Now, some people are already curious if it’s going to be a very dizzy ride. According to reliable sources, residents won’t need to pop up a pill for dizziness because it will definitely be a smooth ride — you won’t be feeling the movement nor will you be hearing disturbing sounds.

And the best part? The residents will be able to program the movement of their Dubai condos in the Dynamic Tower. Whether you want to see the sunrise or sunset from the same window is all up to you. This will also have a voice activation commands where it can be instructed to adjust the speed, start, or stop rotating.

It will be a sustainable building; it won’t be using traditional electricity. The building will derive its power from wind turbines. The turbines are also expected to power the neighbors nearby.

While it is impossible for most people to afford a condo in this skyscraper, people will still be able to visit Dubai which could allow them to take a peek at this great piece of architecture in the near future.