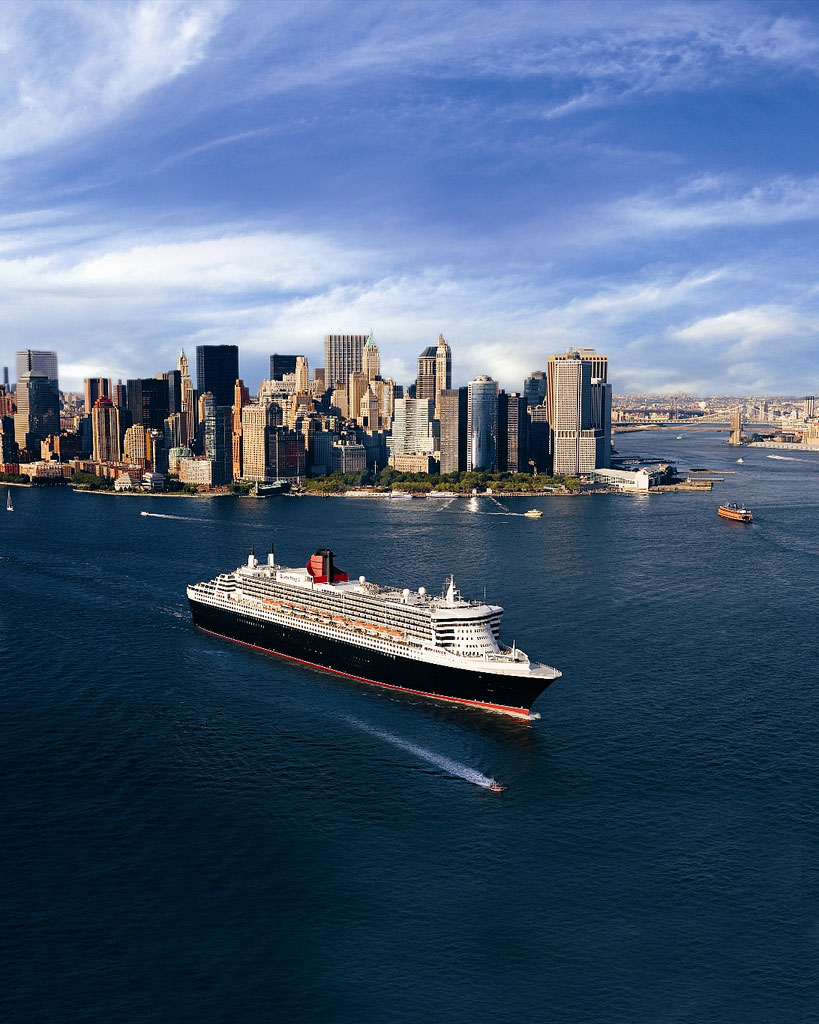 On July 4, Queen Mary 2 will embark on a transatlantic voyage departing from Liverpool, England, to celebrate the 175th anniversary of Cunard Line.

The itinerary is meant to pay tribute to the original voyage made by the company's first flagship, Britannia, on July 4, 1840. This journey inaugurated the first scheduled mail and passenger service across the Atlantic, and Cunard will be celebrating the milestone in three cities which hold a special place in the company's past: Halifax, Boston and New York.

Queen Mary 2, Cunard's flagship, will depart Southampton on July 2, and then call on Liverpool. Following a fanfare and fireworks display, the ship will sail to North America with celebratory onboard and commemorative shoreside events scheduled for each port of call.

Halifax, Nova Scotia, the home of founder Sir Samuel Cunard, will be the first port to welcome Queen Mary 2 on July 10.

Cunard will mark the milestone occasion in a special outdoor ceremony, which will include local dignitaries, port officials and key members of the Halifax community. As a component of the anniversary celebration ceremony, a public area of the future waterfront development will be named for Cunard. The ceremony will take place on the grounds of an upcoming mixed use development created by Southwest Properties and Streamliner Properties in collaboration with the Waterfront Development Corporation. Rhapsody Quintet, who are also members of Symphony Nova Scotia, will perform during the event.

Cunard has joined together with the Canadian Maritime Heritage Foundation and the Maritime Museum of the Atlantic to create the first annual “Samuel Cunard Prize for Vision, Courage and Creativity,” which will be awarded to James D. Irving, Canadian industrialist. This inaugural prize event will take place every year aboard Queen Mary 2 and recognize a different recipient who exemplifies world-changing vision, courage and creativity.

The festivities will also include the re-opening of the Maritime Museum of the Atlantic's Cunard exhibition, as well as the launch of a new Samuel Cunard retrospective exhibit, showcasing the company founder's impact on global business, transportation and world events.

Queen Mary 2 will sail away with a festive evening departure, slated to include local navy cadets, with more details to be announced shortly.

The morning of July 12, Queen Mary 2 will sail into Boston, Massachusetts, the company's first port of call in the U.S. and the home of its first North American headquarters.

There will be a dedication ceremony to launch the newly renovated Cunard Building with the donation of the Servia ship model by Cunard. The model, built in 1881, is being brought over on Queen Mary 2 from the Science Museum in England and will be placed in the front entrance of the former North American Cunard headquarters at 120 State Street. Located in the Customs House District, the building is part of a redevelopment of the area and historically renovated by Highland Development and Morris Architects through the stewardship of the building's owner, Bill Mosakowsi, Public Consulting Group.

At 1:30 pm, Captain Kevin Oprey, master of the Queen Mary 2, will throw the ceremonial first pitch at the Boston Red Sox vs. New York Yankees game at Fenway Park.

In the evening, fireworks will mark Queen Mary 2‘s evening departure as the ship sets off towards New York City for the final leg of her 175th Anniversary tour.

Although not a port of call in the original crossing made by Britannia, New York has been Cunard's North American homeport for over a century.

In the evening, there will be a public viewing from Battery Park of a theatrical light and music show on Queen Mary 2 while the ship pauses in lower Manhattan harbor in front of the Statue of Liberty.

Further information regarding these special events will be forthcoming soon.