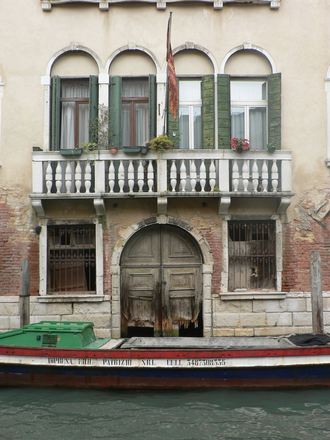 Venice has begun its carnival season with a large floatilla of colourful Venetian boats floating through its canals.

Thousands attended the grand opening in St. Mark’s Square of the Venice Carnival, celebrated Saturday under heightened security following the sexual assaults on New Year’s Eve in Cologne and the ongoing terror threat in Europe.

Authorities have increased surveillance throughout the city, including the number of officers on patrol, both under-cover and in uniform, but rejected a proposal to ban revelers from wearing masks.

By Venice tradition, elaborately costumed Carnival-goers stroll through the canal-laced city showing off their finery, finished with hand-painted masks.

Venice police chief Angelo Sanna told The Associated Press that the discussion about masks was approached “with balance and attention, because Carnival is the masks. It is difficult to have Carnival without them.

He said spot checks would be made of masked revelers to check identities. Law enforcement officials were also being posted throughout the city to eye visitors as they stream to St. Mark’s Square, the focal point of the event, and other major sites.

The pre-Lenten festival opened Saturday with a two-hour show at the Cannaregio canal and continues through February 9.

This article was from The Daily Telegraph and was legally licensed through the NewsCred publisher network.