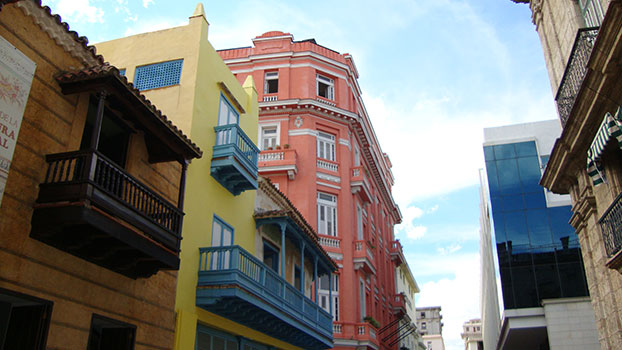 The American Society of Travel Agents (ASTA) was a part of the August 14 flag raising ceremony at the U.S. embassy in Havana, Cuba.

Highlights of Kerby and Peck's visit included a flag-raising ceremony and reception at the official U.S. residence of Jeffrey DeLaurentis, U.S. Charge d'Affaires; a meeting with representatives of Accor Hotels on current and future business opportunities in the Cuba market for ASTA members, and a meeting with Havana-based ASTA member Joe Prem of Cuba Select Travel.

In December, President Obama announced an agreement between the U.S. and Cuban governments to ease long-standing restrictions on trade and other interactions between the two countries, including those preventing American citizens from travelling to Cuba. On January 15, the U.S. Treasury Department issued regulations reflecting the new policy under which travel service providers may arrange travel to Cuba for U.S. citizens without the need for a government license – but only if the travel conforms with restrictions in current law. General tourism remains prohibited under the Cuba embargo enshrined in U.S. law.

As a founding member of the Engage Cuba coalition, ASTA said it is supporting legislation pending in Congress, the Freedom to Travel to Cuba Act (S.299/H.R. 664), introduced in the Senate by Senators Jeff Flake (R-AZ) and Patrick Leahy (D-VT) and in the House by Representatives Mark Sanford (R-SC) and Jim McGovern (D-MA), that would fully repeal restrictions on travel by American citizens and legal residents to Cuba in their entirety.

ASTA said it has long supported a full repeal of the travel ban to Cuba. In addition to supporting the principle that Americans be allowed to travel free of government interference, lifting the travel ban will also bring follow-on economic benefits to Cuba's neighbors and the travel industry that serves them by demanding new passenger routes, better parking and tour operations, and travel agent services, ASTA said. All told, ASTA estimates at least two million additional Americans would visit Cuba by 2017 if there were to be a full lifting of travel restrictions in 2015.