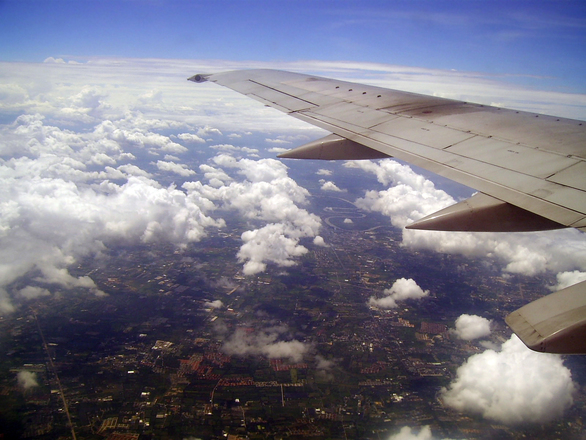 Economy class looks set to get even more cramped as Airbus reveals a new cabin layout that can shoehorn 11 people into one row – enough to start a football team.

The new A380 configuration raises the grim prospect of a middle middle seat, which suddenly makes holidaying at home an attractive option.

The new seating configuration will create a middle seat in the middle.

Airbus says the new 3-5-3 seating plan – which could be used instead of the current 3-4-3 arrangement – would help airlines squeeze 23 additional passengers into economy class.

The changes are part of a broader shakeup inside the A380 which includes a new stair galley at the rear of the plane and tweaks to the layout in premium economy and business class.

The Airbus A380 is currently the largest passenger plane in the skies.

In all, says Airbus, the changes could make space for an additional 70 passengers.

The A380 is currently the biggest passenger plane in the skies, but commercially speaking the double-decker superjumbo has struggled to get off the ground with Airbus reporting disappointing sales.

However, the company hopes the new layout, which it says could provide airlines with an additional $23million (£16million) worth of revenue per year, will make the plane a more attractive proposition.

The A380 is certainly changing the way we fly. Last year Emirates made history by squeezing 615 people onto one of its superjumbos, which it achieved by doing away with first-class entirely.

This could be a sign of things to come as airlines look to maximise profits.

Emirates also had the distinction of making the longest ever non-stop commercial flight, which it completed in an A380 back in March.

The superjumbo covered 14,200km (8,824 miles) as it cruised between Dubai and Auckland, a journey that took 17 hours and 15 minutes. That’s a very long time to be in the air – especially if you’re in the middle middle seat.

This article was written by Gavin Haines from The Daily Telegraph and was legally licensed through the NewsCred publisher network.