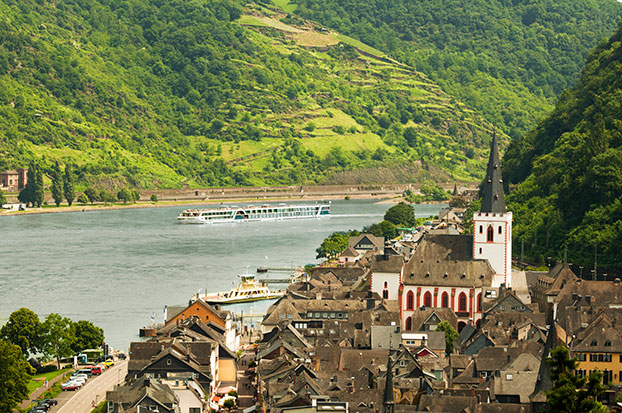 For 2016 Abercrombie & Kent has developed four new European River Cruise Journeys that explore the food and wine of France, as well as the art, architecture and Christmastime traditions of cities and villages along the Rhine.

Guests on each river cruise will be accompanied by a Resident Tour Director. Sightseeing is capped at 24 guests in private vehicles, along with local guides, and includes two or more exclusive A&K shore excursions.

Food & Wine of France: Paris, Burgundy & Provence – This itinerary cruises the Saône and Rhône Rivers, after pre-cruise stays in Paris and Beaune. Guests will dine in Paris at a restaurant on the Tour Montparnasse, as well as at the foot of the Pont du Gard. The trip will also include a tasting tour and cooking class in the Les Halles de Lyon Paul Bocuse Markets, as well as an exploration of top wineries in Burgundy and the Rhône with private tastings. On a Connections-exclusive excursion, guests will tour the Cistercian Abbey of Sénanque, Saint Paul-de-Mausole and the Roman amphitheater in Arles. 11 days from $6,995

Art & Architecture Along the Rhine – This seven-night cruise on the Rhine River aboard the new Amadeus Silver III will offer an architectural tour of the Vitra Design Museum Campus in Basel, Switzerland, the chance to learn about the art of wine on a Connections-exclusive tasting tour of the Alsace wine region in France and exclusive excursions to Darmstadt with a guided visit to Mathildenhöhe, and Cologne, including the Museum Ludwig, known for its collection of classical, modern, expressionist and American pop art works. Travelers will also have the chance to stroll through the Kröller-Müller Museum and sculpture garden near Amsterdam, followed by a private architectural tour of Holland‘s capital city. 11 days from $6,195

Christmas Markets on the Rhine – This Rhine River cruise will visit Christmas markets in Germany and France, with a pre-cruise night in Basel and a post-cruise night in Cologne at boutique hotels. Guests will have the chance to shop local Christmas markets amid a festive atmosphere and take an excursion to the lively university town of Heidelberg and visit its Christkindlesmarkt. In France's Alsace region, a Connections-exclusive day of activities will include an excursion to the Lalique Museum. Eight days from $3,495

Christmas Along the Rhine – Guests who spend Christmas on a cruise along the Rhine River will have the chance to explore Cologne's Christmas markets and enjoy a Connections-exclusive chocolate-making workshop. The itinerary will also visit Speyer with the opportunity to attend Christmas Eve mass at its cathedral. In Alsace, guests will take in a Christmas tour of Strasbourg that includes the cathedral. Nine days from $3,495

A&K’s European River Cruise Journeys also include city visits before and after cruising, allowing time to explore cultural hubs such as Amsterdam, Munich, Budapest and Paris.